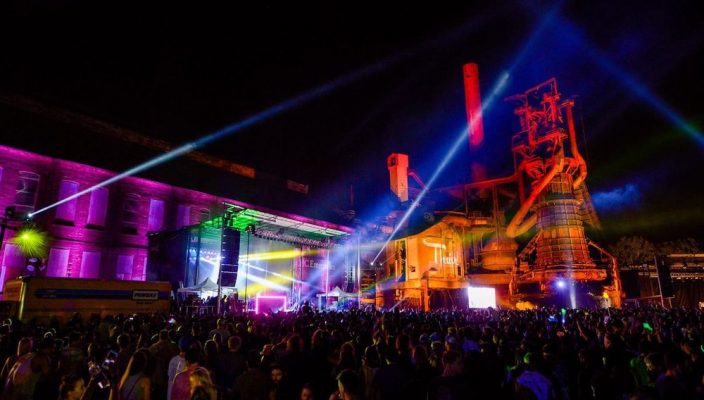 Summer is finally coming to its inevitable close, and unfortunately, so is music festival season.

What better way to end a summer that’s been so packed full of high energy festivals with absolutely brilliant lineups than in one of the best cities in the world: Pittsburgh?

Thrival Innovation and Music Festival is set to kick off its fifth year on Sept. 27 and run until Sept. 30.  The four-day festival consists of two days of immersive and innovative-focused programming and workshops, and ends with a two-day music festival.

Thrival was created by Pittsburgh-based nonprofit organization, Ascender.  What started as an ambitious plan to revitalize and reenergize parts of the city has turned into a regional event celebrating Pittsburgh as a center for quickly evolving technology and creativity.

This year’s music festival will return to the Carrie Furnaces, the same venue that was used last year.

This venue was formally a blast furnace facility for steel production, but has been restored as a national historic site, and with its copious amounts of ground space available, a pretty unique and striking music venue.

Not only is Carrie Furnaces a unique and special venue visually, but it truly encapsulates the meaning and purpose of what Thrival is.

The furnace was retired in the late 1970s but has been preserved in efforts to remember and respect Pittsburgh’s industrial past.

“We’ve turned the mill back on,” said Dan Law, director of Thrival. “It just functions differently. Instead of hearing shift whistles, you hear a bass line.

“It’s one way of telling Pittsburgh’s comeback story, but this demonstrates what is possible with imagination and creativity.”

Over the last three years, Thrival Music Festival has had an array of performers and music genres.

The 2015 show featured alternative names such as Andrew McMahon in the Wilderness, Manchester Orchestra and emo-pop lords, Panic! At The Disco, while last year’s fest took on a more electronic vibe with Chvrches and Grammy Award winners, The Chainsmokers.

This year Thrival is stepping into the world of hip-hop with headliners Logic and Wiz Khalifa.  In addition to the two big name headliners, the festival will also feature Two Door Cinema Club, Missio, Super Duper Kyle, Carnage and many more.

The diverse lineup also is representative of Thrival’s vision.

“Thrival crosses a lot of genres and disciplines,” Law said. “It’s part innovation conference, part concert. In all, the festival is a holistic experience.”

With its rapid expansion, Thrival has taken a very large and exciting step and paired with Live Nation Entertainment for help with venue operations and marketing. By pairing with one of the largest live entertainment companies, the Thrival team has opened endless doors for the festival.

A full festival schedule, music lineup and ticket purchases for the event can be found on Thrival’s website, www.thrivalfestival.com.