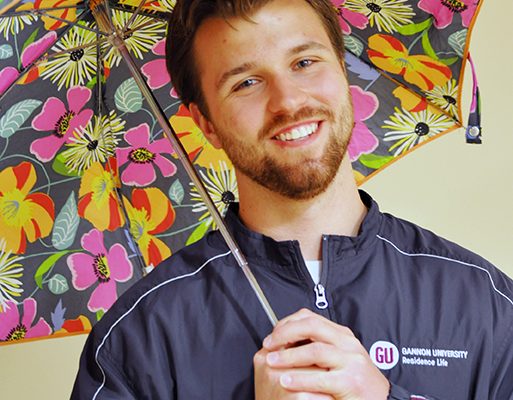 The term “fake news” has been circulating in our media a lot lately and I’m here to discuss it. So buckle up and get ready.
In my mass media and pop culture class we were discussing the topic of fake news at 9:05 in the morning and I was devouring my sausage, egg and cheese bagel sandwich with orange juice and honeydew on the side, per usual every Monday and Friday.
As we chugged along in this conversation my friend Matt leaned over to me and asked, “You know why sports are great?” And in a hungry and tired state of being I looked over at him and said, “Why?”
He replied, “Because you never hear about fake news in sports. If someone said, ‘Oh look, Kobe’s coming out of retirement!’ a sports anchor would look at you and say ‘No he’s not — you’re stupid.’”
At that moment, I had two thoughts — don’t speak with food in your mouth; your mother would be disappointed. My other thought was, I don’t think much is expected of you while you’re wearing sweatpants and a flannel so go head, chew and talk.
After that I looked at him and laughed because it’s true. For the most part sports are pretty cut and dry. And if someone did say that Kobe was coming out of retirement it’s perfectly OK to shut that person down and say in a polite way, “Were you dropped on your head as a child?”
If you’ve ever watched “Pardon the Interruption” on ESPN, you know what I’m talking about and if you haven’t then you don’t know what I’m talking about and you should check it out.
They respectfully argue back and forth all the time and maybe they’re onto something. Maybe it could be applied to news but like all good things and ideas, that would get ruined by someone — it’s the American way nowadays.
However, on a real note, I understand why fake news exists or at least here’s my opinion — because we need more of those, right?
Fake news is around because people want to look good and present the best front and on the flip side of that, people will spin things so that someone else looks bad. Just look at the recent presidential election.
There are also sources. It’s easy to see how people might trust a wrong source, especially if they’re reporting on something they don’t have much prior knowledge about. Maybe that’s why high schools and colleges stress critical thinking? Ah, now I understand.
Like everything, it seems so easy to fix but in reality it’s not. But that doesn’t mean it’s impossible. It’ll just take some work but we can do it. Yes, I said we because everyone has access to media that some people use as a source of news. It’s called social media.
Start posting the truth, people, and maybe more funny things because I enjoy funny videos and articles, and I like to laugh. But post the truth and ignore the fake stuff. Lastly, go do something nice today, even if it’s making someone smile, because the world needs more of that.