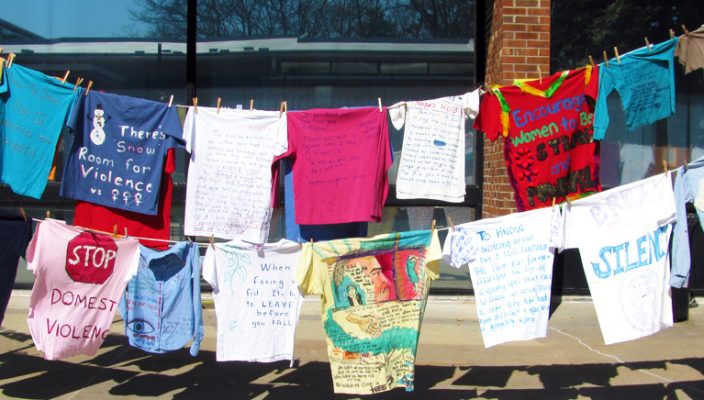 According to a recent government survey, approximately 20 people are sexually assaulted, abused or stalked every minute in the U.S.
Gannon University’s Students Against Violence Everywhere (SAVE) hopes to educate the community – and help to lower this number – by hosting two events this month.
Katie Allison, Gannon’s assistant director of SAVE, said the organization is composed of a group of students that use the power of positive peer influence to promote respect and civility at Gannon.
The organization gives a voice to the entire Gannon community and its goal is to educate and reduce the number of victims of abuse.
According to Rape, Abuse & Incest National Network (RAINN), the nation’s largest anti-sexual violence organization, approximately 23.1 percent of female and 5.4 percent of male undergraduates have reported being victimized by sexual assault or violence.
“We here at Gannon focus on gender violence rather than just women because, as we know, men also experience incidents of sexual violence,” Allison said.
To accomplish its mission, SAVE often teams up with several other Gannon organizations. In addition, SAVE works with other schools and local organizations, such as the Crime Victim Center of Erie County and SafeNet.
“I take pride in the fact the SAVE office is a recognized viable resource on campus,” Allison said. “I have always found great collaboration and cooperation among and across the various departments and divisions, from student clubs and organizations to faculty and staff.”
The first event – the Clothesline Project – will take place from 5-8 p.m. Wednesday in the second floor lobby of Beyer Hall. During the event, plain T-shirts will be given to attendees to decorate.
These shirts often have powerful messages and pictures. After the event, the shirts will be collected and strung up during SAVE’s next event – Take Back the Night.
“I like the idea of The Clothesline Project because it is a bold, visual display of the strength of survivorship and bears witness to victims of sexual violence,” Allison said. “This new and creative event provides an opportunity to engage all members of the Gannon community in a meaningful awareness activity.
“The T-shirts represent the voices of the individuals who have either personally experienced it, who have known someone who has experienced the devastation of sexual violence and those who want to express their support.”
Take Back the Night is a march that takes place April 24. The march begins at Perry Square at 7 p.m. and will end at the Yehl Ballroom around 9 p.m.
Katie Walters, the president of SAVE, said, “I love the Clothes Line Project and Take Back the Night because we give the university an opportunity to become part of our mission at SAVE.”
Walters said she joined the organization her first semester because she loved SAVE’s mission to protect and educate college students about the realities of power-based violence.
“I believe in the necessary work SAVE students are participating in to make Gannon a safer campus for everyone,” Walters said.
The SAVE office is located in the Leadership Development and Student Engagement suite on the second floor of Beyer Hall. Their door is open to students as well as faculty and staff.
BRITTINY LENE’
rafferty004@knights.gannon.edu