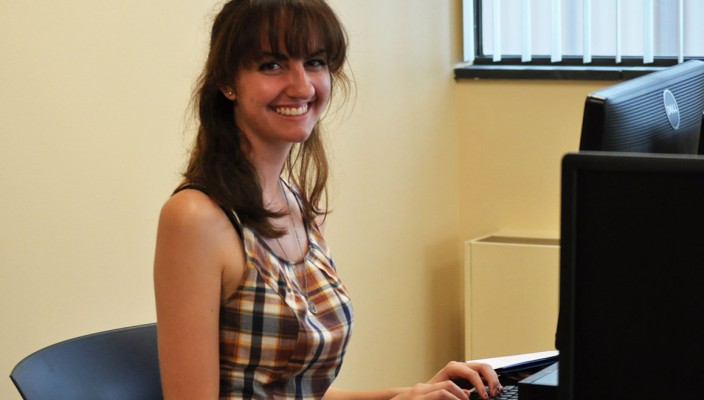 Editor gives insight on how to survive upcoming finals week

Everybody deals with finals week and the impending holidays differently.
Some of us refuse to think about Christmas until we’re home and faced with the headaches of checking the lights. Some of us couldn’t care less.
There are the rumors of college students who are organized and hand in each term paper or lab report days before the deadline. They also start studying for final exams the day Thanksgiving break starts, and they can only be stopped with silver bullets.
Just kidding, that’s vampires. If you’re motivated enough to study over breaks and complete work early, I applaud your efforts.
And then there’s the procrastinators, the students who manage to calculate the precise grade needed to pass classes because they most likely couldn’t afford the time commitment of gold star effort.
The situation often becomes ironic for the procrastinators, myself included. Instead of putting in the necessary work for front-ended projects, you find yourself staring at the cursor until you think of a decent thesis or medication description, if you’re a nursing major.
It’s the old song and dance debate of the value of spacing out work. My grandpa has always been a procrastinator, dating back to his pharmacy school days. His go-to conclusion sentence was “this project has been very fruitful.”
Only I don’t think he was referring to the project itself. He was probably talking about the six hours he spent cranking out the paper at the last minute. Most of us know that meaning of “fruitful” all too well.
Maybe there’s science behind procrastinating. Some of us work better in large chunks of productivity, focusing on one task until it’s done. And we use excess amounts of caffeine to get there.
On the other hand, some people are blessed enough to work in small, controlled amounts over the course of about a month before the deadline. They probably sleep at night, too.
No matter your study habits, my best advice as an upperclassman — which isn’t much; I’m a child — is to combat your stress by using it as energy. Be proactive.
I spent the last two years at Gannon taking science classes, and I can vouch for the magical powers of tutoring.
If you can’t get in at the Student Success Center this week, consider studying with classmates. Even if they don’t have a better understanding of the material, it’s like getting a second opinion and might help more than you think.
When it comes to last-minute projects, it’s sometimes easier to grit your teeth and complete them than wait until the deadline is blaring like an alarm clock. Sometimes it’s just a matter of getting started.
You can speed that along by making your study space a place you enjoy — just don’t take too long ridding up the table or organizing the surrounding clutter. Your books don’t have to be perfectly aligned to finish that online final, trust me.
My last suggestion is not to take things too seriously. Testing is about putting forth your best, and if your best is a C+, then you’ve accomplished something. One bad grade or potentially failed class is not the end of the world. And one last thing — I hope the time you spend is fruitful.