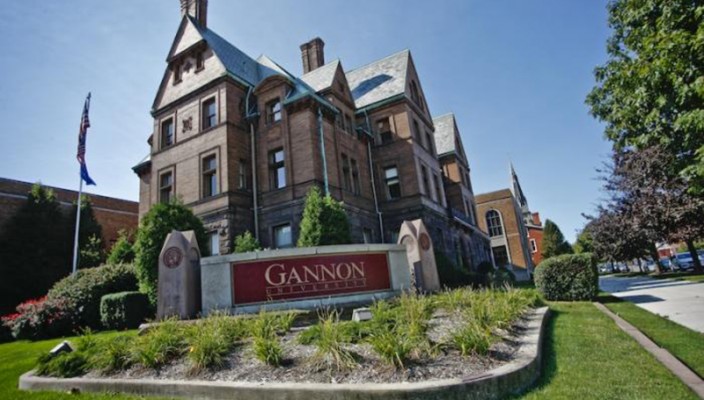 First of a two-part series

Sexual assaults on college campuses are not an uncommon occurrence. According to The Chronicle of Higher Education, 1 in every 4 women experience sexual assault while in college.

Since the beginning of the fall semester, there have been four reports of sexual offenses on Gannon University’s campus – two of which were classified as reported rapes.

When situations arise at Gannon that appear to be threatening or dangerous to the community, the university will issue a “timely warning” to inform the community of said threat or danger. However, there are steps involved and criteria that must be met before a warning is released.

There has been no warning or statement made about the sexual assaults on campus, and some students feel as though something should have been said.

Maureen Piccirilli, a senior early childhood and special education major, said she understands that the university needs to protect the privacy of its students, but she felt in the dark about what was happening.

“I think that it would be helpful to send out general warnings and reminders when these things are happening that frequently,” Piccirilli said. “Even if [Gannon] just said that an incident has happened on campus and everyone should take extra precautions – something to keep us updated at least.”

Les Fetterman, assistant director of the Office of Police and Safety, said none of these cases met the criteria to send out a timely warning and there was no imminent danger to the students and community.

“If we send out a timely warning, it is if we believe there is an imminent or dangerous threat that is ongoing to the students or community at the time,” Fetterman said. “We have to look at the privacy and the confidentiality of the person that it happened to as well.”

Fetterman said an example for when it would be considered an imminent threat could be if one student’s name came up several times as a respondent, it would be considered of a predatory nature. It doesn’t have to be necessarily on campus either; it can be something occurring in close proximity to campus, he said.

He said that none of the cases currently being investigated are related to one another, which adds to it not being of imminent danger to the community.

“We know who the suspects are, but they aren’t related,” Fetterman said. “There isn’t the same suspect and some may or may not have relationships with the complainant.”

Fetterman said not all sexual assault offenses are between strangers; he said the assaults happen regularly between boyfriends and girlfriends. He said most assaults involve two people who know one another and the relationship of the two parties involved is taken into consideration while evaluating the threat level of the case.

“We have to determine if the community is at risk or if it was a relationship thing,” Fetterman said.

When students come forward, it can be traumatic for both parties involved, Majocka said. She said when students report sexual offenses, university officials walk them through their bill of rights, which provides them all of their rights and what the conduct system would look like.

“It’s their choice if they want it to go criminal.”

Majocka said the students have the right to not go through either and just to request supports. Supports may be academic related, or it may be that the complaining party is in class with the responding party and he or she may not want to be in the same class, she said.

“We would work with academics to figure something out,” Majocka said.

She said if they lived in the same resident hall, the university would make those accommodations so that the person can continue to attend school without a hostile environment, even if that person didn’t want to move forward with a complaint.

Katlyn Walters, a sophomore psychology and pre-physical therapy major and president of Students Against Violence Everywhere (SAVE), said most cases on campuses nationwide occur when alcohol is involved and typically, students know each other.

She said when SAVE started, people thought that a club focused on sexual abuse was not worthwhile because it was not an issue at Gannon.

“We have seen, however, that as educational efforts grow so do the reports of abuse and assault[s] on campus,” Walters said. “As for the reasons these cases were kept quiet, this is a small campus and due to the nature of the crime the university [Gannon] does not want to put the survivor in harm’s way.

“The identity of all survivors is kept confidential, so that their healing journey can properly begin.”

Walters said as a student leader and the president of SAVE, she feels that the increase in reports is a result of the extensive education efforts that have been taking place over that last few years.

“They say it happens and is under-reported on all campuses,” Fetterman said. “We are encouraging and giving them the avenues to report it. We have trained faculty to teach them how to report.

“Just because we have gotten more reports doesn’t mean there are more instances on campus. It just means the reports are up.”

He said none of the current cases met the criteria to send out a timely warning and by sending anything out there would have been specifics where it would have jeopardized the investigation and the privacy and confidentiality of the people involved.

Ashley Faulkner, a graduate student, said she understands that Gannon was not necessarily trying to keep a clean image for the university but had the best interests of the people involved at heart.

“Imagine if you were the one who was raped or assaulted,” Faulkner said. “It’s a pretty traumatic circumstance that not only compromises the victim’s safety and psyche, but it can also be quite embarrassing for them, especially amongst peers.

“Plus, being in the media will hinder the possibility of the rapist/ assaulter coming forward. In the view of the general Gannon population, we should know what’s going on, but there might be bigger reasons that this information is being concealed.”

Picirilli said that it was shocking to find out that it is happening so frequently on Gannon’s campus. She said it shouldn’t be this much of a problem on campus.

“I think everyone needs to remember no matter how safe you may feel, you should never walk alone and you should always take all the precautions possible,” Piccirilli said.

The four sexual offense reports that were made during the first two months of the academic school year were, however, not of random occurrence but through already established relationships, according to Police and Safety.

Still, Dan Root, a senior business finance major, said the amount of security on campus should be re-evaluated.

“If sexual assaults happened on Gannon’s campus four times and two were rapes in only 13 days, there should be more security,” Root said. “I know we have Gannon police, but if these things are happening on campus it’s not enough.  I think night classes should have a shuttle or a way to help students get to their cars and apartments without fear of being assaulted.

“From my experience, I have never seen Gannon police at the new business building on duty. I don’t have night classes there so I don’t know if they do something then, but I do know that the building doors almost always have people begging or asking for favors. At night, those people I could believe being more direct and possibly physical.”

Walters said she is, however, proud that these cases are being reported and students are having the courage to stand up to sexual violence on campus.

“We are all part of the process of changing the statistics here at Gannon,” Walters said. “Get educated and get encouraged.”

Sexual assaults on college campuses giá sàn gỗ các loại are not an uncommon occurrence. According to The Chronicle of Higher Education, 1 in every 4 women experience sexual assault while in college.